Apollo Lodge No. 437 has an Eventful Evening of Fellowship 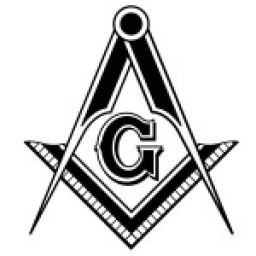 Apollo Lodge No. 437 conferred two Entered Apprentice Masons Degrees at an Extra Meeting which was visited by a substantial amount of visitors from fellow Lodges within District 27. 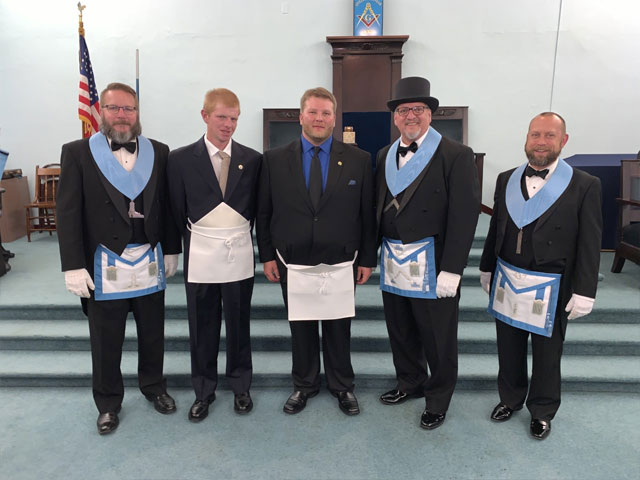 District 27 has two plaques which we use to encourage traveling between the 8 Lodges in our District, the Traveling Gavel and the Traveling Trowel.

Awardees display the plaques until another Lodge comes to claim them.

Argyle Lodge No. 540 and Williamson Lodge No. 431 both had 5 members visit Apollo Lodge No. 437's Extra Meeting. Apollo Lodge has held both for quite a while so it was decided that they would forfeit both plaques. 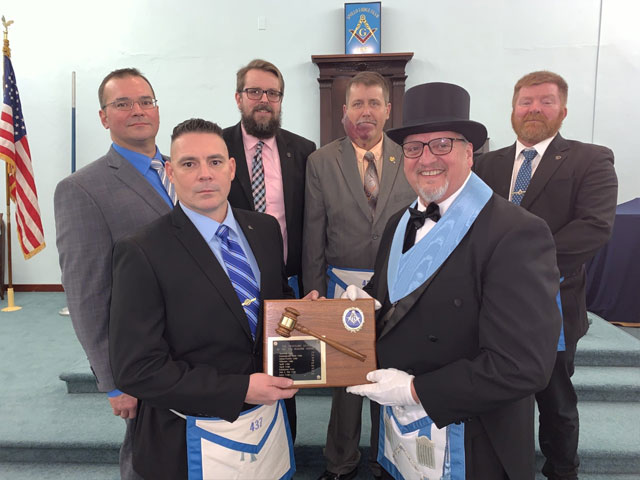 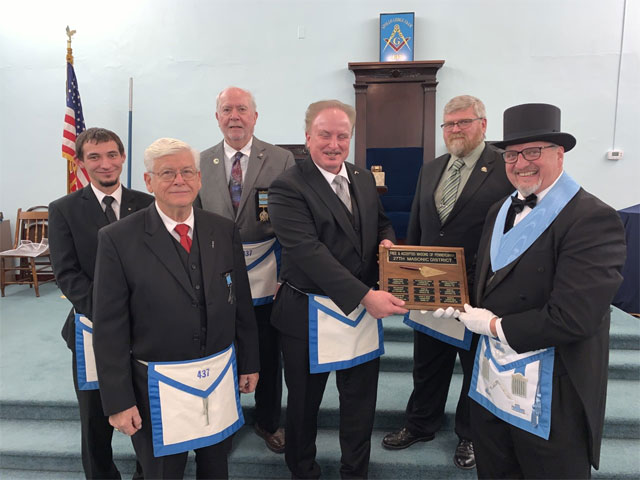